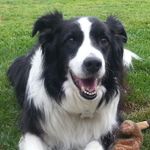 Channels Disappear from DTA Boxes, Not HD, without Notification

I have multiple TVs in the house. Some have DTA boxes, and some have HD
boxes.

I have Digital Preferred service, which includes the Cartoon Network.

The Cartoon Network is channel 54 on the DTA boxes, and channel 766 on the HD
boxes.

For years, I've watched channel 54 on both type of boxes, but last night,
without notice, the DTA boxes no longer receive channel 54.  Channel 54 is
not even listed on the Guide on the DTA boxes.  If I go to an HD box TV, I
get the HD version, channel 766, of the Cartoon Network, and, it appears on
the Guide.

I called Comcast, and they told me that, yes, channel 54 is now only on HD
boxes, and I didn't get a notice because blah, blah, blah.  But no worries,
come on down and get some more HD boxes.

I should have been notified, and I wonder what other channels are no longer on the DTA boxes.