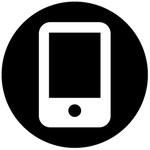 Is Xfinity censoring broadcast channels?  Until a series of broadcast interruption events I've never believed that hi tech companies such as Comcast Xfinity would actually do some kind of censorship. Yesterday and a few days earlier I noticed that (1) when watching FoxNews there were a few occasions when either the screen would freeze in the middle of the broadcast or just go blank.  Yesterday a few times I switched back to FoxNews or Business from, say, another program, a message appeared "Try again" this channel is not available.  Several times of fiddling with the remote, nothing.  When I switched to CNN or MSNBC, their programs were just fine. (2) Each morning, when turning on the tv lately, NBC became the default program, where it used to be the last channel viewed before turning off.   I had to call customer service and I asked point blank if XFinity was censoring programming.  I did not get any denial except an apology for the service interruption.  It took the tech person several minutes to "fix" the issues.  Only then did I get the channels back.  And now the channel last viewed, if it was Fox or others, is what comes on first - not NBC.

Again, after it was fixed, the tech person never once denied my claim that they were censoring programs.

Accusing them of censorship was a baseless claim, that’s why you didn’t get a response(they were probably just shaking their head). Channels come in on different frequencies and your box at the time wasn’t responding well to that frequency. A reset happened to fix it but don’t expect that to be a permanent fix, you may have signal issues with that frequency.

Everything is a conspiracy or fraud nowadays. hehe.