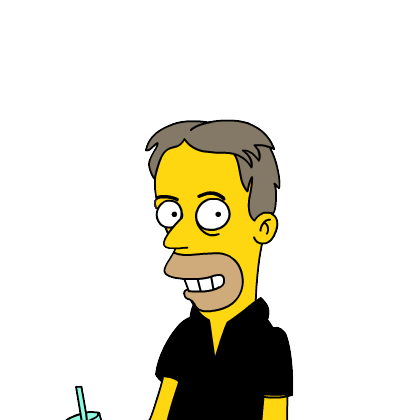 We’ve been using Comcast Internet at the same house since 2005, with very few problems over the years. We’ve always used our own cable modems and routers. There is a dedicated coax line entering the house into our “home office” where the modem/router live – we’ve only ever used that one outlet to connect the modem. Our current modem is an ARRIS SB6190, which has been in place since January of 2017. I do remember some Comcast folks coming out to run a new cable from the street box to our house, but that’s been at least ten years ago. I don’t remember if that was done to address a specific problem, but I don’t think so.

Over the last several months, we’ve experienced intermittent quality problems with the Internet – dropped connections, slow speeds, and significant packet loss when using game streaming services over UDP protocols. Sometimes these issues are chronic and occur for days at a time, and other times they are short-lived (hours). I have a permanent work-from-home IT job, and use computers with Ethernet connections in the home office (it’s only myself and my wife at this point). Whenever there are problems, I’ll open a browser to the Xfinity speed test site and run the test. Our current plan is a 200 Mbps down / 5 Mbps up, and when things are working normally, the Xfinity speed test shows ~ 230 Mbps down and 6 Mbps up, quite consistently. When there are problems, the download speeds will be much slower, usually under 100 Mbps. We’re having problems today, and the download speed just showed 39.3 Mbps. Earlier in the day it was 75 Mbps. The upload speed doesn’t seem to degrade/change much, and that is at 5.8 Mbps currently. I’ve been spending more time at a shared office space recently, where there is symmetrical 1 Gbps Comcast Business service, to avoid problems at the house. I’m getting spoiled by that stability at the shared space.

During the problematic times at the house, I’ll check the modem’s status and event log, and then restart it (via the link in the Comcast web site’s device page) as well as the router. When the cable modem is back up and there are still problems, there will be one or more downstream channels in a “Not Locked” condition, and several of the others which are “Locked” but have large numbers of “Corrected” and “Uncorrectables.” When things are normal, all of the downstream channels will be “Locked,” and have few “Corrected” and nearly zero “Uncorrectables.” I have screenshots of both of these statuses. In terms of the modem’s event log, when there are problems, there will be frequent/recent “RCS Partial Service” and “Started Unicast Maintenance Ranging - No Response received - T3 time-out” messages.

I’m also aware of the “Intel Puma 6 chipset” controversy, and have researched that a bit. The information I’ve read about it was a bit cringeworthy, not written by network professionals and/or not speaking English as a first language. Despite this and my inherent skepticism, I still believe there is a strong case since problems often go away after a restart of the modem. In recent days, though, those restarts are not bringing resolution.

I’m seeking advice on what to do next – I’ve long wanted to replace the modem with an SB8200 to get DOCSIS 3.1 and eliminate the Puma 6 chipset problem, and will be pulling the trigger on that shortly. However, I don’t expect that will bring lasting resolution, and need to know what to do when it doesn’t. Perhaps another physical inspection of the line would be in order.

Thanks for any help!

Here are the screenshots of the statuses "good" at the top, "bad" at the bottom:

Here is the current speedtest: 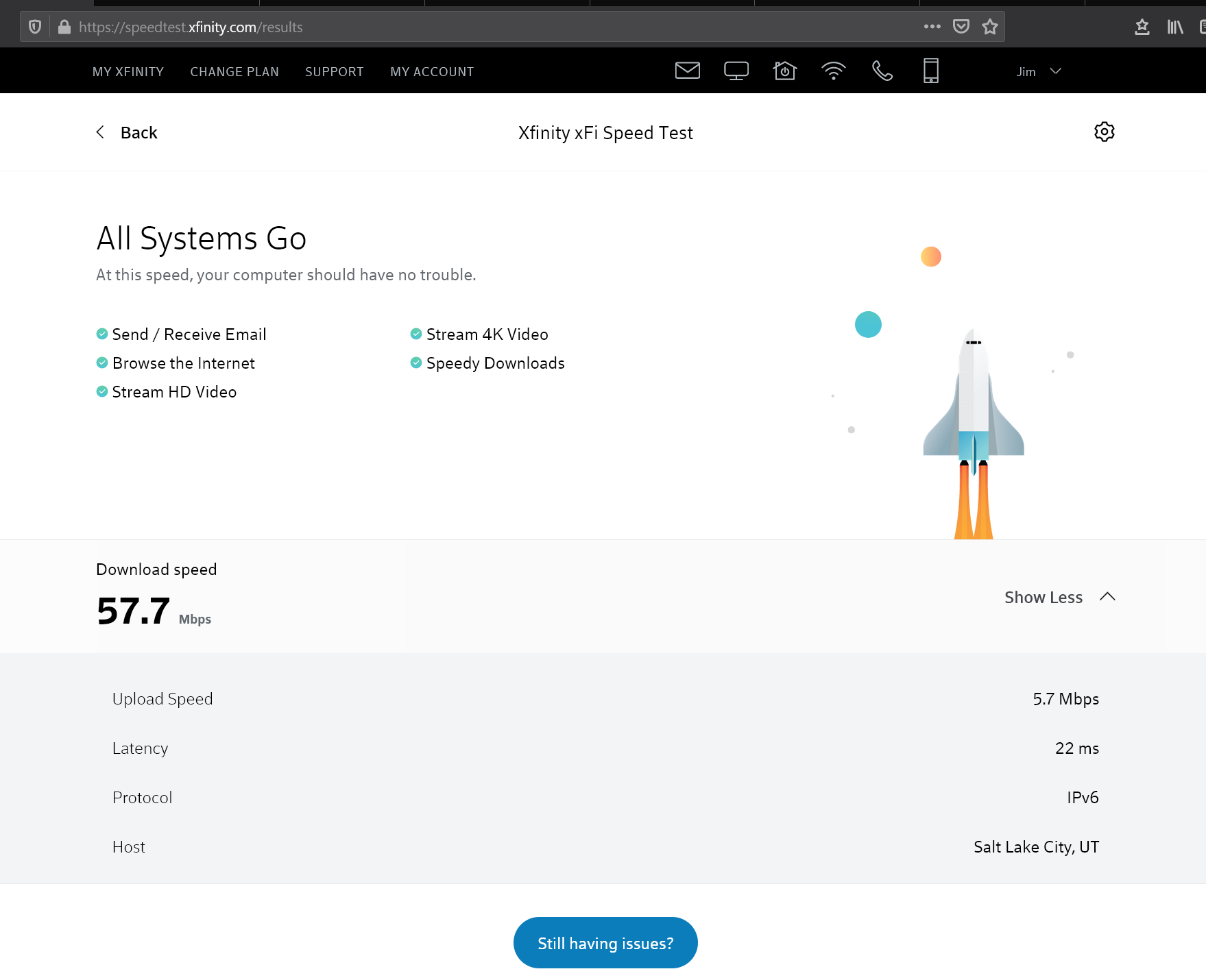 Hello, @_Jim_! Thank you for reaching out to us over our Community Forums! We would be more than happy to look into your connection concerns. We know how important it is to maintain a solid, and consistent connection in the home.

Please send us a direct message with your name, and service address. The Peer to Peer chat icon is located at the top right of the Community Forum page, clicking on the chat icon will allow you to initiate a chat conversation with us directly. Please ensure you are sending your message to our 'Xfinity Support' handle, and signed into your Xfinity account.

Thank you for the reply - FYI I received the SB8200 modem yesterday, and got it activated yesterday evening.

So far the quality has been good - speeds are correct, and the UDP game streaming service is not experiencing loss.

If the chronic issues return, I'll certainly reach out.

FWIW, here's what the connection status looks like on the new modem...initially looking better than the old one:

Glad to hear it, Jim! Thanks for sending over those screenshots. I am thinking about purchasing my own modem soon to save on that monthly rental fee. The great thing about renting one of our modems is you get access to exclusive features and simple tools with our free Xfinity app, and enhanced products like Advanced Security and xFi Pods! Those xFi pods have really helped my home have better signal coverage. Here is a link to more details on those [modem rental benefits](https://comca.st/3yesmvY). At Comcast, we strive in ensuring that you receive the services that you pay for. What I would like to do from here is see how it goes over the next 24 hours and follow up with you again to ensure everything is working correctly. In the meantime, can you tell me if you are comfortable with your current monthly rate and speed level?

Hi, Jim! Happy Saturday to you! I just wanted to check in one last time to see how the services been working for you over the last 24 hours.

No problem! It is our pleasure to serve you. Thanks for providing the details on how you use the internet service. I am glad to hear things are still working fine. I agree with the cloud game streaming service. It truly seems like the cloud is the future for a lot of technology-based entertainment these days lol. What I would like to do from here is also check on some available promotions today to see if I can find you a better deal. How does this sound? In order to research this further, I will just need your first/last name and full address.

Thank you for the follow-up; indeed things are still working fine.

Our wireless needs are pretty light (a couple of phones and laptops)...important things like the TV gear and streaming devices are all using Ethernet. Also, we do the annual commitment thing every year, for a lower rate for sufficient speeds. Like everyone else, we'd like to pay less (Comcast has a monopoly in our area due to a lack of decent alternatives)...we don't feel like the rate is unreasonable, though. For good service, we're willing to pay for it...and the service has been good.

My "hobby" is currently cloud game streaming services (Shadow, Stadia, xCloud, GeForce NOW, etc.), as I believe that's the future of gaming. These services are sensitive to network quality. Obviously, congestion and other issues along the path are a factor, and people generally don't seem to understand that the current technology is far from "perfect." However, when exacerbating issues are introduced "locally" (such as my potentially bad old SB6190 modem)...that's particularly frustrating to me, because those sorts of problems are opaque to normal folks, and they tend to blame the game service providers for problems that are usually outside of the provider's control.

As an example, here is what a "good" session for Shadow looks like (and what I'm experiencing today): 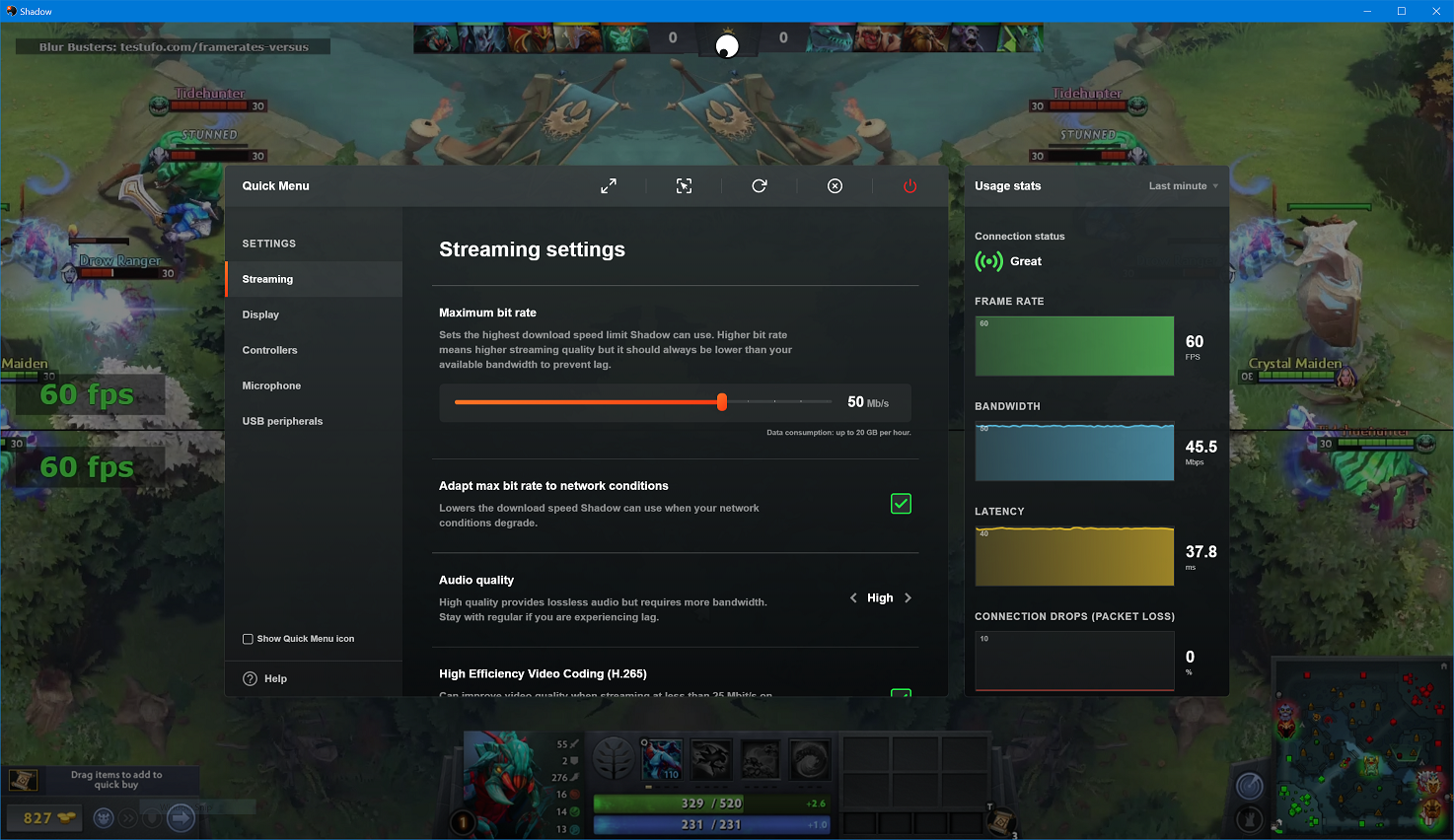 When there were quality problems, it looked like this: 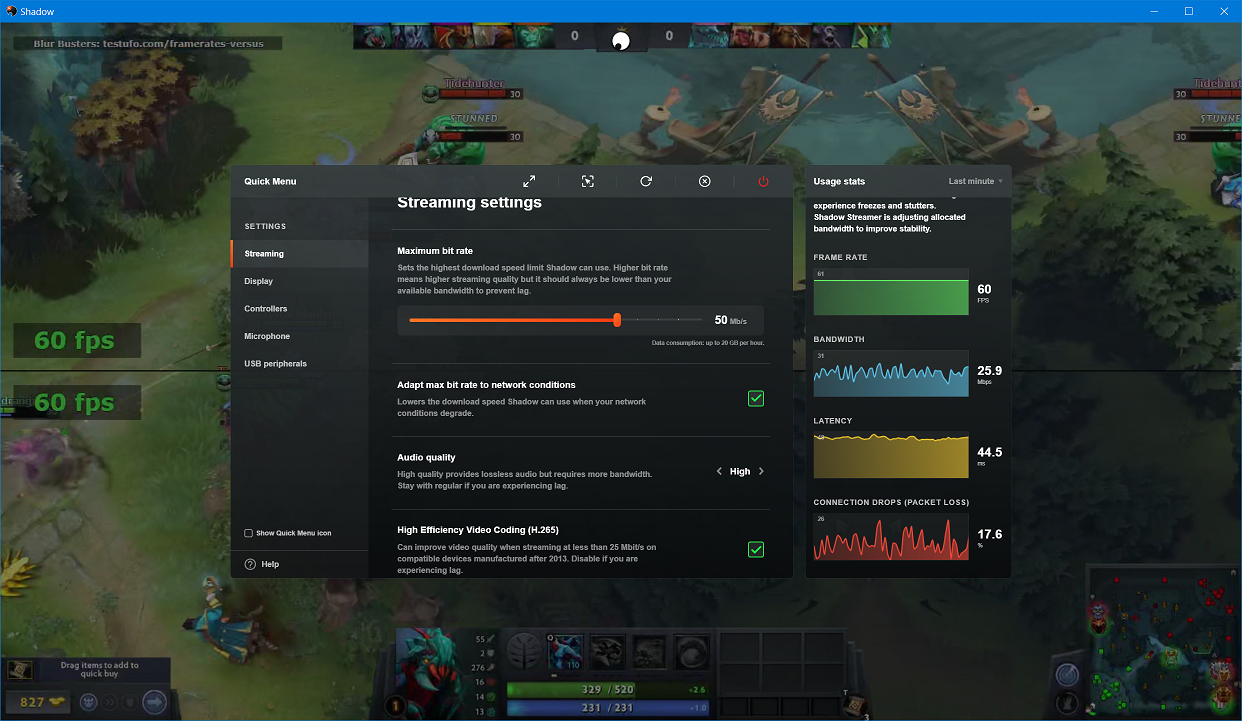 Now, whether the bulk of my quality problems were caused by the SB6190 modem...who knows. But again, so far so good with the SB8200!

Thanks fir that information, Jim! in order to access promotions I will need to authenticate the account, can you provide the full name on the account along with your service address?