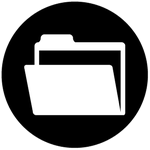 Re: How reach a person who can help

Hopefully Jessie from Comcast will see this message:

I was forced to dump my owned modem and lease at $25 plus fees, taxes, etc the X1 modem in order to have a higher data allowance. It also required that I switch my old TV cable box for the new "wireless" box. My "wireless" box is too far from the modem to use it wirelessly, but there is a ethernet cable at the box, and it is connected to the modem, and there is a port on the cable box for ethernet input. I use an HDMI cable to the tv from the box. All the cables (HDMI and ethernet) are working (I can test them as there is another pair to my Apple TV and the cables work fine when I switch them from and to the Apple TV, so the cables are not the issue. The TV works fine with the Apple TV box, so I know the problem is not the TV.

The problem is that there is no Comcast TV signal coming through. I have spent over 30 HOURS this week with Comcast on the phone with various off-shore customer service agents, all of whom assure me that they can solve the problem, but none of them have.  The most recent one (REF number CR919871718) yesterday afternoon "personally guaranteed" he could solve the problem. His "reset" did nothing.  On one of the prior calls, the agent reported that the problem was at the street, with an inadequate signal coming in (CR919502676) and someone would be sent out, but then they marked it as solved two hours later, although nothing changed with the TV signal at my end.

Occasionally the picture comes through for a second or two, but then it goes black yet again. When I told the agent it seemed that only a visit to the house would work, she read a canned speech about COVID which said house visits were reserved for those without a picture.  I said that describes the situation. She then said that since the picture came on for a second, I have a picture! I explained that you can't watch TV for a second and then there is not picture, followed by a second of picture, followed by no picture; to me that meant I had no TV service. Her reply was to read the canned speech again (three times). When I asked to have it escalated, she at first refused, and read the speech again. When I insisted, she put me on hold another 50 minutes, and only transferred me to someone who sounded like they were at the same off-shore call center, who was the one who personally guaranteed he could solve the problem, but did not.

Is there any way to schedule a home service visit for no picture, as the speed said they do? or to have someone at a higher level of tech support assist me?


Hopefully Jessie from Comcast will see this message:

You can read my Rant in another thread, with my saga about the same as yours.  The way I think to get something done is to use the Add New Service prompt.  The people in that department are based in the US, and seem to have the ability to help in ways the CSR's cannot.  If, while speaking to the CSR who answers or who calls back, explain the situation and ask to be transferred to a technician...assertively.  Sometimes it works....  I feel your pain.