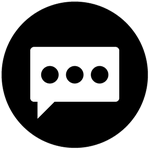 I have had Xfinity/Comcast for years for my internet and phone. I decided to go with the bundle of TV, internet and phone . I cant watch live TV on any of my TVs.  I could get live TV on the primary box for the first hour but never on any of the smaller boxes on other TVs. Then the primary joined the little fellers by giving me the dreaded code XRE00021.  Every channel says,

I can watch On Demand, Netflix etc. Now the weird part. I had started setting up the DVR to record shows. They DO record!  I can record a program by using the guide and be able to watch it. I can even fast forward until it reaches live TV and I can keep watching it although it does seem to be a little behind actual live. Its better than the three dots of doom but this is not what I expect for my money.

Before the quick response of "check that connections are tight, restart tv box, system refresh, exchange the TV Box...." It has been done. All of it.

I have tried the trouble desk (who is very appreciative) but all I get is the tech running a diagnostic check and resetting either the system or the box then telling me how much they appreciate me again and thank me for being patient. I have called several times a day for the last five days! Then Im told that a reset can take up to an hour but they appreciate my patience. If it isnt resolved in an hour please call back. I personally think they tell you an hour because they know that when you call back a different tech will get to appreciate you. If the first 47 resets have produced zero results, why would anybody think that number 48 would?   I was told twice that upper level support will call me within 8-24 hours. That was four days ago.

Side note: I would appreciate toning down all the appreciating. I dont need a pep talk or a participation trophy. I need resolution!

I did have one tech that was a little more helpful who said she had found a mismatch in the background. Im not sure what that means but it sounds like it should be pushed to the next tier. The tech said they cant just push it to the next tier unless the magic screen tells them to. It will get kicked back. Tonights tech said that she is requesting a field tech but cant give me a time because the system wants to charge me for a field call. I am supposed to get a text within the next 8-24 hours telling me when/if my appointment is. Im not holding my breath.

I am getting extremely frustrated with the lack of response and service from Xfinity/Comcast. I am about to let DirecTV appreciate my business!

Surprise surprise. I didnt get a text. Do the techs just get bored with you and tell you anything to get you off the phone? They have a troubleshooting card to follow but when neither a refresh or a reset works they have exhausted all their options. Perhaps its time to update the card with a third option?

I called back again today and to my astonishment they tried resetting the system. Hmmm did it work you ask? Of course not. This tech was at least able to get me an appointment scheduled for tomorrow though.  We shall see....

@thebards, I am so sorry to hear that you have been through such an experience trying to reach a resolution regarding the error on your equipment. I would love to ensure that we get this resolved and working as it should as I know how frustrating any service issues can be and it sounds like you have certainly been dealing with this issue for quite some time. Can you please reach out through private message with your first and last name, full service address and account number and we will get to the bottom of this error with you.

Im experiencing the same exact issue. Did xfinity/Comcast ever find a resolution?

We appreciate you so much for letting us know you are experiencing issues with your cable service. You've come to the right place and I'm happy to dive into this concern! Please initiate a Private Peer to Peer message at your earliest convenience. I’ll share the steps below on how to do so.

• Press Enter to send your message

Hi, @teejay41. I'll be glad to dive into your account and help troubleshoot further. I ask that you reach out privately, so we can cover the details of your account. You can start by clicking the chat icon located in the top right corner of your forums page when signed in. Once there, you can search for "Xfinity Support" to compose your direct message. Please add your first and last name to help us locate your account. Let me know if you have any questions.