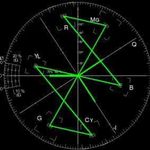 Has there been any change to the way AUDIO is processed from Comcast to the xg1v4 boxes?  Both TVs now get a pop in the audio when changing channels, which never happened before.

Also, programs like "Late Show with Stephen Colbert" exhibit continuous drops in the sound like there is too much compression.  If the audience laughs, then next thing the host says is buried and almost inaudible.  Also during interviews, it's often impossible to hear what the guest is saying.  I've tried switching the box from 5.1 to Stereo, but then the problems are almost reversed.  The audio jumps up in volume like a rollercoaster.

Hi LeeSoFL, we haven't heard from you in a while, but please don't hesitate to reach back out if you need any assistance in the future.