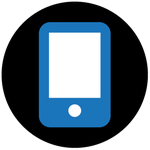 At what point is enough, enough??

About 5 weeks ago I swapped out my old DVR box for this spankin new X1 box.  It never work.  Scheduled an appointment for a tech.  They came out 2 days later swapped the box, did some other things and it worked for 20 minutes.  Tried to get the Tech rerouted back and was told nope, needed to schedule another appointment.  Which I did but the next available was 3 days later.  Tech came out swapped the box and worked.. most of the time.  Roughly 1 day a week I would get error codes and have to do a box restart.  Last week I spent much of the weekend from Thursday to Sunday on the phone with Techs reflashing, changing, tweeking, whatever it is you guys do.  It would work anywhere from a few hours to a couple days.  Sunday it "fixed" and lasted until Thursday.. woohoo 4 days of no error codes a new record.  Yesterday.. error codes so I call.  Tech on the phone says a tech needs come to my house.  Okay fine.  Hows tomorrow, Saturday 11/14 between 1-3pm?  I say that will work fine.  An hour later I get a text "confirming" my appointment for..... Sunday, 11/15 from 3-5pm.  I call to say a mistake was made on their end I was told the appointment was Saturday 1-3pm.  Was told best they can do is reschedule but now earliest available is Sunday 5-7pm.  It was working this morning but now errors are occuring.  Just did a system refresh..

I've been a customer for 20years and what I pay per month is absurd to have to deal with this.

I have escalated your issue to the Comcast Team available to these forums. Check back often for a reply in this thread from a Comcast Official Employee.

This sounds like an extremely frustrating situation. So sorry to hear about your experience with X1 so far. We definitely want to investigate this further. Pease send me a PM with your first and last name so we can take a look at your account and go from there. To send a private message, please click my name "ComcastMorgan" then select "Send a Message" on the right side. Thank you!

They sent a different tech...

I will find out the Tech that was here earlier and LIED to his manager to say I would not allow access.  I've never seen such poor customer service.  To leave without a word to me but then to lie and say I wouldn't allow access when my front door was left wide open is unacceptable.

This gets better by the minute..

Tech arrives.  I open the door to let him in and he says he needs to check outside first.  I go about my business and when I look outside 5 minutes later he's GONE!  I get a call just now to say I wouldn't authorize his entry to my home.  ARE YOU KIDDING ME?  My blood is boiling.

I also DM'd you my first and last name as requested.

I saw that, thank you! I went ahead and replied.

Hmm. We definitely want to look into this. Just to clarify, did one tech leave and then another show up?

So much for Comcast looking into my situation.  A week later and crickets...  Not surprised.  Horrible  service, horrible products (my 3rd X1 box in 6 weeks...) and continually raising their prices.

We know it's an unfavorable situation with the continue equipment issues. We appreciate your follow up and I have replied via PM. We will be sure to stay in contact with you until we reach a solution to this.

If it is any consolation to you, I am being charged every month for at least 1 if not more movies that I am NOT renting.  I apparently share my box with a "phantom" person somewhere.  I delete this person's shows and they delete mine.  They also watch things I do not and rent movies that I am then billed for.  When I do chat or call customer service (after being hung up on at least once) I am told that as a "one time courtesy" they will remove the charge.  Um - not my charge should not be on there in the first place so don't act like it is a favor to me!  I have spent so many hours on the chat, phone, etc. with Xfinity I feel they should be getting a bill from ME.  This is getting out of hand.  Nothing changes.  The only thing they are really excellent at is billing people.  My issue have been "elevated" to the technical/engineering people but this is still a problem.  Every month . . . hours of my life trying to get charges removed.  No wonder people are "cutting the cord."