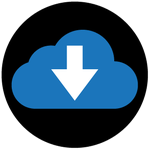 ON DEMAND and SAVED PROGRAMS stop working and crash TV

I cannot view ON DEMAND for about 3 weeks now. It just stopped working for no reason whatsoever, I didn't change anything. When I try to view an ON DEMAND show, the screen just turns completely black and the TV is essentially "dead". Nothing works, you can't use the EXIT or XFINITY or GUIDE or any button. There is NO error message of any kind. I have to unplug the X2 box and then reset the entire system.  I can view live TV fine. When this first started happening, occasionally the screen was entirely blue, but otherwise same phenomena. In the last couple weeks, it's been only entirely black. WHen you use ON DEMAND, it comes up like normal and gives you all the show options, and when you choose one, it comes up and LOOKS like it's starting normally, but as soon as the show starts, the TV crashes. I've had two techs out, the first one claims it was just a bad X1 BOX (which I had just gotten about last May, with no issues whatsoever for abour four months). So he replaced it with another one and then it did work once on his test while here, but it didn't work later that night and has not since. After he replaced the box,watching programs I had saved then stopped working also, same result (black screen, dead). That had worked fine up until he replaced the box, even when the ONDEMAND didn't work.  I have reset the machine about 25-50 times by now, that doesn't help at all.  I have had phone techs also try troubleshooting, reseting, etc and nothing helps.  The second tech who came out just looked at my TV and said it was too old, there was nothing he could do, that was the problem (this is not a new flat LED screen TV).  The TV works fine to watch DVDs, and to view live TV.  I asked him how that could be the problem since it worked perfectly fine up to 3 weeks ago with this X1 box, and wasn't the TV basically functioning as a monitor anyway?  He had no explanation, just said he couldn't do anything and left.  I called tech support again and they also said that made no sense to them, tried more tests but couldn't solve it.  In fact, I had a VCR hooked up to this system, the Xfinity cable was connected to the VCR and then the VCR cable to the cable box, I think.  So I thought well maybe that was the problem (although the techs were here and knew my setup), the VCR, so I removed it and have the Xfinity cable direclty into the X1 box but that made no difference.  I like my TV, it works perfeclty fine with good color, etc. but don't know what to do now and don't know if there ios any truth to this TV issue or not.  Isn't it just a monitor?  And why would I be able to watch live TV but not ONDEMAND or saved programs?  Another weird thing, in the last couple days, a couple of the saved programs I've recently made, I could view without it crashing, but not all of them. But the ONDEMAND has never worked.

well, just thought I'd post the end result in case anyone else has this problem, I can't believe I'm the first one in Comcast history that has.  I actually went out and bought a new LED TV, although I didn't really believe it was the TV's problem.  I wouldn't have done it but I was sort of thinking about getting a new one anyway.  Set it all up yesterday, then when I'm ready to view Xfinity, the same things happened all over again, which is what I suspected,  Both ONDMEAND and viewing saved programs crashed the TV.  This time there was an error message but it wasn't from XFINITY, it was from my TV, it just said "NO INPUT" basically.  I suspected it was a Xfinity cable problem and their wiring, maybe even outside, as this cable was about 30 years old.  On the phone to Xfinity support again, same storyt, they tried resetting (even though I kept telling them I'd done that maybe 50 times by now!!!), etc etc.  I was getting really mad so they switched me the "better, high level expert" tech support.  Thanks a lot, so the new one did the same stuff all over again, nothing helped.  Asked me questions about what box I had, what was coming out of the back of it, etc, and how it was hooked up.  At this point, I had a cable going from the TV BOX to my new TV (coaxial, I guess, but a small black one, plug goes into the CABLE port), as that's the way my old one was set up.  She asked me about HDMI plugs and I said there weren't any (in fact, the box itself and instructions to it show you the coaxial cable setup).  So then I said, well, I bought an HDMI cable set with my new TV just in case I needed it but haven't opened it yet, I can try to hook itup that way instead, so we tried that AND IT WORKED!!!  That was the problem all along, that it was connected by coaxial cable rather than HDMI.  And I was the one who thought of it, so thanks crackjack Xfinity tech team of maybe 6 phone people and 2 in-person techs I had up to now for nothing.  I can't believe I'm the first person who had that problem, why don't they know that.  Something about it is their fault, as it never used to be that way, it worked perfectly fine through the coaxial cable even with the new X1 box until some time in August.  And the tech who claimed my TV was just too old --- well, sort of but not really,  The issue was my old TV didn't have an HDMI input possible  but my new one did.  If he knew the slightest thing about tech, he would have known that and said that was the problem, not simply the fact that the TV "was too old".    Given the insturctions and box itself tell you how to hook it up by coaxial cable, this is really a bad situation and should not be occurring, but that's the solution.   I don't understand it as I could view live TV perfectly fine, actually.  So the moral of this story is that Xfinity's entire tech team is not very good, and that you can't use the coaxial cable to connect the box to your TV unless you really don't care about watching ON DEMAND or saved programs.  The other really weird thing on that one was I could view  a few saved programs if they were saved within the last couple of days, but most I could not.  After hooking it up by HDMI, they were all still there in my queue and I could view them fine, even the really old ones.