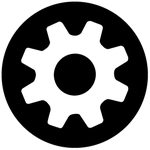 I got a call by Comcast a couple days ago that my old contract plan was almost expired and that I would no longer be paying the promotional price. They offered a new promotion that would be a bit more but I would go from the 60mbps performance package to the 200 Mbps blast package for about 12 backs more and I would get 10 channels to use on the stream app. So I decided to go with that. Since then it seems my internet has been unstable and not as fast or reliable as before I changed my plan. I called Comcast the next day to make sure that plan was legit and that was a real call. They said it was. I checked my account and it had been updated and changed. But the last few days I have just had unstable or slower performing internet than before. My phone or my girlfriend's cant even seem to load simple photos or videos on Twitter and other things, even though before we had no problems. My PlayStation which is directly wired to the xb3 gateway is now lagging me out of games or disconnecting entirely, even though that hasn't happened the entire year I have been here.

Also I am seeing all these devices on my xfi app that arent mine. Like xbox ones, speakers, and iphones, which neither me and my girlfriend own. I tried changing the password multiple times and that didn't do anything.

I have tried resetting the gateway mutliple times, I have unplugged it. I have fiddled with settings. I have even reset it to factory default, to see if that would do anything.

One more thing is that when I tried to access my gateway on 10.0.0.1 I would often get my what I believe is my neighbors gateway and not mine. It is one of the available wifi names, that I see near me. If I refresh the page sometimes I get mine, but most of the time not.

Comcast hasn't really helped from the calls so far. They told me to try and trade my router for a new one but this doesn't feel like a router issue. I guess I will try but this feels like something with connections in my building or something.