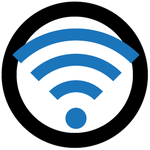 Got the service for my house with 1Gb down in ATL to be my main connection (I do have a failover connection with another ISP and 100Mb down).

After installation speeds tested on the range of 500Mbps. Installer said "it will go up. It is a new service and takes time to reach the max speed".

Instead went down to 400Mbps.

After three calls to the HD, got an installer and a new modem. He tested the speed on the cox @ 1024Mbps or so, speed measured with a laptop connected to the gateway was 800Mbps.

Plugged my router to it and speed remained good. After feel days went down to 150Mbps. That's only when I'm using my pf box, as the test with the laptop wired to the gateway still downloads at 800 Mbps.
As a side note, my son has the same service downtown ATL and gets 600 - 700 Mbps behind his pf box that I also built for him.
Mine is a supermicro server with six Intel 1000 NICs, 2 xeons, 24 GBRAM (Like killing a mosquito with a shotgun, I know, but I did needed five interfaces for this setup), so enough to handle the load.
With all that said ... is anyone here using pfSense behind a Model:CGM4331COM Product Type:XB7 sucessfully?

Replaced the pfSense box with a desktop, as I thought the temps on my CPUs were causing the firmware slow down the performance to try to keep the CPU from blow (86C in some of the 24 cores).

Now running an i5 with 8GB RAM and a new four ports NIC, so everything "new" to this test.

After replacing, the speeds were around 650mbps, not quite close to the 1gbps, but better than the 150mbps I was getting. Well ... it is back to the 150mbps.

I only can thing it is the technicolor gateway, as I'm havng the same scenario with two different hardware running my pfSense. Initially good speeds, after some time goes down.