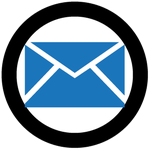 I'm often getting periods of high packet loss on my Xfinity cable Internet (signed up for Gigabit).

During the best times, I can get up to 950 Mbps which is great. But several days per week, especially during the evenings, packet loss will be between 20-40% for several hours, usually getting better around 2am. This also hurts the download speed, which can vary from 30 Mbps to 400 Mbps during these periods of packet loss.

I've had 3 Comcast techs come out so far. The first one adjusted the signal levels. The second one refused to help unless I let him install a rental modem (which I'm using now), and the third one replaced a length of coiled coax with a shorter length of coax and confirmed that the signal was "beautiful".

What's interesting is that every time I go through the online virtual assistant, it says it's detected an issue with my gateway and issues a remote reset. It doesn't fix the problem, but weird that it detects something.

One of the tech support people said, "I see. That could be most people use Internet in the evening around 8-10PM." Does that mean it's a congestion issue outside of my house? And if so, how can I get it fixed?