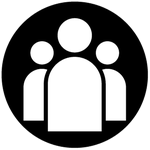 Packet loss from comcast servers only

I have been noticing packet loss to all devices wired and wireless in my house since we upgraded to gigabit internet. The issue is that when doing a tracert or using pingplotter it shows that the packet loss is only at Xfinity/Comcast servers in the route. I have tried Google's and OpenDNS DNS servers but I still have my routes trace back to the two Comcast servers and losing packets/latency there.

Note that I have tried power cycling all devices, I have called in support and they had me power cycle then they said they "reset the connection from their servers to our modem". I am using the new Xfi Gen 3 router/modem combo.

The image you posted isn't visible. It looks like this:

It's probably because the image requires moderator approval. That might take some time, from a few hours to a day or so. Alternatively, you could upload the image to a file sharing site and post a link to it here, or post text instead of an image.

Meanwhile, if the packet loss you are seeing doesn't extend to the end of the route, it's probably not significant. See https://www.dslreports.com/faq/14068.