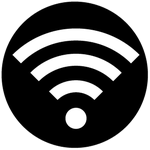 Not getting advertized speeds have contacted multiple times - how to get a real fix?

Hi - I've been experiencing extreme slowness in my internet speeds - peak hours/daytime is the worst.  I've never actually recieved the speeds I pay for, but in the past they were "close enough" to my advertised speed, so outside of a few failed attempts, I didn't make a big deal out of it.

Last year I upgraded my plan and am paying for the "boost" option to get better speeds - I'm supposed to be recieving 175mbps, however, I never hit that speed. I've been tracking my internet speeds, doing tests every 4 hours. My average speed is 67mbps, but on a few tests I dropped as low as 2.89mbps. The highest speed I ever got was on a test run at 6am - where i got 114mbps. Evenings are abysmal, between 5pm-11pm I usually only get about 20-40mbps.

All my research online indicates that it's likely an issue outside my home (I had a tech come in and give me the all clear inside my home), but i'm not having luck getting comcast to do anything other than tell me to cycle my modem (which, i should add, is very new and fast - as a part of trying to solve this issue, I purchased a new Arris SB8200 modem and a Google nest router with 1 additional access point - so they're not the issue).

What is a realistic next step? How can I get this issue solved? The thing that really irks me, is that for years I've been paying for "boost" speeds that I never even get - it's hundreds of wasted dollars, hours of my time talking to CS reps etc. I feel like I'm being given the runaround in hopes I'll just drop it and be content with my awful speeds.

Note: Getting same result inside the house, regardless of which computer is hardwired to the SB6.

Note: Speed degradation is considerably more during mid-afternoon and evenings.

Note: Earlier this month, Comcast checked everything at the back of the house and said everything checked-out fine. Another tech will be coming in the next few days to check on things again.

Maybe they should run a new line from the pole, and maybe replace the amplifier?