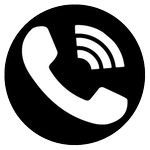 So, I just had the Comcast guy come out to check on my internet.

He changed out a splitter in the appartment, and retested the speed, and there was no difference so he said it was the  the router since I have my own modem and router. He also indicated that testing it over wifi was an invalid test, and that so was testing it through the router with a hard wire, and that the issue was with the router.  Here's the problem, I've tested my cross network speeds, and the network and my cross network speed, via wifi and hardwire, is about about 1 gig.

I have an Arris SB8200 and ASUS ROG Rapture GT-AX11000.  Since the cross network speed is much higher, it's possible that there is an issue with the modem, but I do find that unlikely.  THere was a large amount of internference when the line was tested directly.

His advise was to drop my plan to 300 and call it a day, and also to rent a modem.

Are there any outlying issues with the SB8200, which does up to 10 gigs down, that I am unware of? Should I be bothering Comcast to send out a higher level technician?