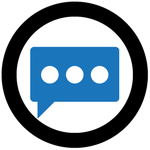 I am so beyond frustrated with Xfinity and their methods. I've been through an xb6 and an xb7,with both modems once I put them in bridge mode my internet slows to 1/3-1/2 of what I pay for. The speed is always good for a day or so...they must figure people will run a couple of speedtests and forget about it. Either that or they'll get tired enough of dealing with their junk customer service and just give in and switch to their high latency, slow, terrible wifi coverage equipment.

If I use my own modem it gets errors every week, requiring weekly shut downs.

I've been through 3 separate routers and this has been an issue on all 3 so no its not my equipment.

I've had a tech out to the house who replaced wiring and could see strong levels coming in from the pole.

The only option that has worked has been leaving it out of bridge mode and putting my router in the dmz. However, this causes issues with my smartthings hub. It also doesn't allow me to send traffic out and have it come back in, in this scenario. For example I have ports open for a Tasker tasks that requires the outside ip set so it can work away from and at home. When I'm on the home network this just gets blocked in the dmz method.

I really feel like xfinity does some pretty underhanded, shady things to nearly force you to use their inferior equipment...despite the fact that for gig service without their junk I would actually pay them more.