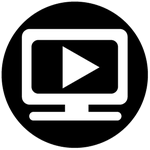 Constant latency and speed problem since moving to new apartment

Hello all, I've been experiencing extremely high ping spikes and packet loss since I moved to an apartment in August of 2019. I had comcast at my old house and never had any issues. I'm also the only one on the connection and I am connected by ethernet.

The ping spikes are most notible in online game to the point where it makes them unplayable. My ping will fluctuate from anywhere between 70-200 every second. During these times, I often close out of my game and also notice I can barely load a web page. I've tried testing my speeds, and always get 210 mbps which is what I pay for. I've reached out to comcast dozens of times and have had 2 techs come to my place to check everything out and replaced my gateway 3 times. The first tech came 3 months ago and said nothing was wrong with my gateway or wiring. Yesterday another tech came and said my gateway was picking up unusually large amounts of FM signals, he checked the external wiring in the apartment and said there were many loose connections and this is what was causing it. Unfortunately, this did not fix it.

I thought it might have been my computer since it was pretty old, so I built a new one last week because I needed a new one anyways and the problem is persisting.

Please let me know if there's any tests that I can do to make it easier to diagnose what my issue is. I've dealt with this for the better part of a year now and It's driving me crazy