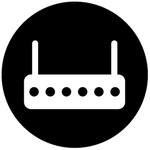 I have an xFi gateway setup in it's standard mode and it works well. I can plug either my router or a computer into it directly to get a private IP in the 10.0.0.0/24 range or even a IPv6 IP via DHCP. However, I'd like to put the gateway in bridge mode and just use my router. I know how to do put the gateway in bridge mode, but when I do, my router does not get either an IPv4 or IPv6 public IP. Plugging my computer into the gateway directly does not provide a public IP either, the DHCP client doesn't get an IP and sets a link local one.

It seemed odd that my router's DHCP client could get an IP off of the gateway but not off the WAN, so I chatted with support to see if the MAC address needed to be registered with their DHCP server or something similar, but the agent I talked to said no, it must be on my end.

Today, I setup a packet capture on the link between the router and the gateway and watched as the router tried to DHCP in Wireshark. Sure enough, the router is sending DHCPDISCOVERY packets, but Xfinity's WAN router is never sending a DHCPOFFER back.

Curious if anybody has any idea why this isn't working. I find it hard to believe my router's config is messed up when it can DHCP just fine if the gateway is in standard mode. And even if the config is messed up, the computer should get an IP easily.

You have to power cycle it like a regular cable modem after it is put into bridge mode. And only the number 1 ethernet /LAN port will be active.

Thanks, but I've already tried power cycling and my router is plugged into port 1 of the gateway