So I'm watching my favorite G.I. Joe episodes, the original 5 part M.A.S.S. Device series from 1984, and a commercial comes on. so I skip ahead a couple of times to get beyond the interruption. Only instead of getting another commercial or Duke and Scarlett fighting Cobra, I get this: 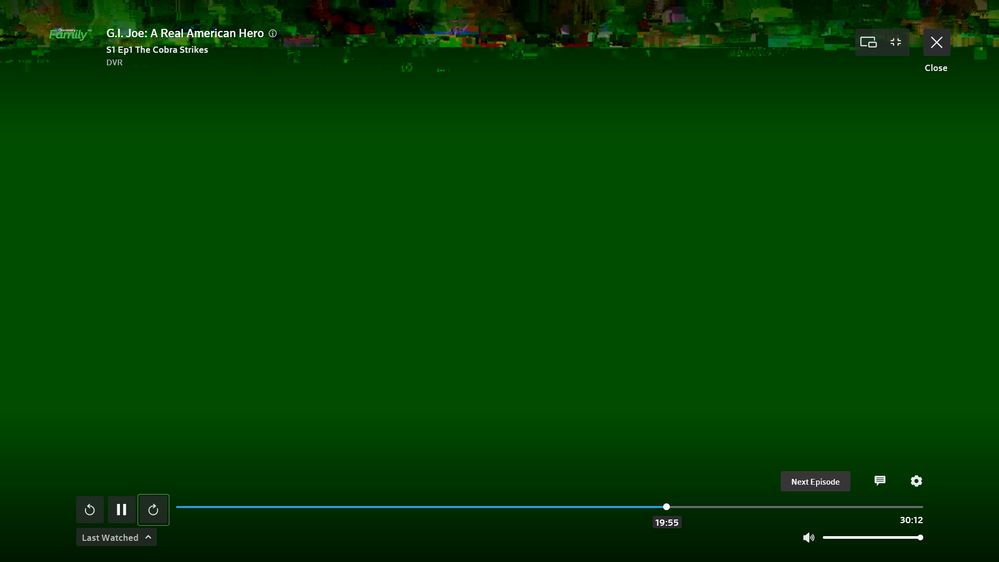 So I click back, and the player skips back but the video is still messed up. I skip forward again, but it's the same problem. Play/pause doesn't fix it either. I figure it's the codec that munched, so I try exiting the player and re-loading from the recording menu on the Stream site. Viola, the show is back and Duke and Scarlett are back to fighting Cobra and Destro. All is right with the world, right?

Not exactly. This keeps happening! One out of every four or five shows I watch via the streaming site keeps munching the video. It is very annoying!