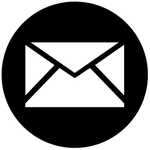 My cable box stopped working. I found out I could use the Xfinity stream app. I sent back the cable box including a note saying I did not want a replacement box and did not want to change my service.  I received an email that I was getting a new box.  Ask xfinity would not load so I figured I would mark "Return to sender" on the package and take it to work where we have ups deliveries.  Before the new box arrived I received another email that my return was complete and wanted me to take a survey. I mentioned this problem in the survey before going to work. At lunch time I was still able to stream CBS but by Primetime I was not.  I get the message that I need to subscribe to the channel.  I try to but have no luck.  As of yet the new box has not arrived.