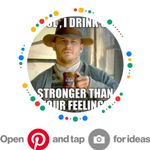 A few weeks ago, my Samsung A50, sent to me by Xfinity, stopped charging. I called them and explained the issue. The person I spoke with told me that because the phone was less than 4 months old and it was an internal malfunction, that I could return it free of charge (as long as there was no damage) I was thrilled because there wasn't. It was practically brand new and I kept it in a case. With this being said, my husband and I both still double checked it anyway to be absolutely certain that there were no marks, scratches or chips before sending it back for a replacement. Today, I received an email saying it was received. When I looked at my bank account, guess what? Xfinity charged me 385.00! I called them right away and was told that I was charged because of not one but two scratches! Really? So I guess my husband and I both have some serious vision problems, since it was scratch free when we sent it back! So dishonest! Saying one thing and doing another is a terrible way to do business! They lost this customer!

Your handset  seems close-enough to a "DOA" if it failed so quickly.   Swapping it for another new one should be routine.   Scratches don't matter when a phone is returned for being DOA.    Furthermore, when a phone is new enough, you can return it for any reason, such as it having a "bixby button" (I wish I had returned my Samsung S8 for that reason years ago!)

Please consider to reverse the charge via bank after giving Xfinity mobile one more chance to waive the charge and send you a new phone, maybe a different/better model that you will like better.

Regardless of whether xfinity-mobile or your bank reverses the charge, xfinity-mobile may yet try to retain your business and offer you new service with a new handset and possibly a double-secret "give us another try" discount that is offered to customers who have had early failures with a new phone.