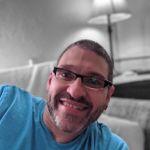 I went to Comcast Xfinity Reddit forum and I posted a question. Another Reddit user "modemman11" responds back very rudely saying the Xfi app does not show data usage. I took screenshots and posted them showing him this as well as the steps to get to the data usage. He then proceeds to cut me down even more for telling him he is was wrong. I understand he is not a Comcast employee and I have reported his comments but they still allow him to be a member of that forum and still help others even though he is NOT an employee. I do not recommend using the Comcast Reddit. Others have also cut people down but they are still allowed in. Comcast should get rid of Reddit altogether if they are going to allow those people in there.