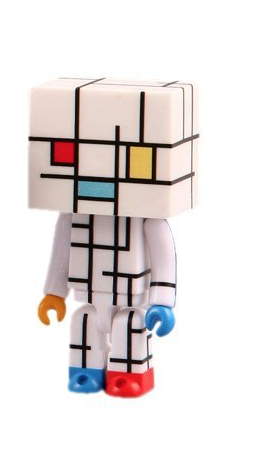 I have been having an increasingly infuriating problem with Xfinity Mobile since 21 September, when I made my final installment on a my Samsung Galaxy Note 20 Ultra.  I have always made timely payments, and there is no legitimate reason for them to not unlock the phone.  Indeed, I’ve learned that since 2015, Carriers are required to unlock phones without delay once they are paid off.

On the 25th of last month, with a couple potential Buyers in mind, I even double checked with Xfinity since I had not heard anything about it being unlocked.   I was assured by one of their Phone Reps it was indeed unlocked.   I went to sell it two days after that point, but the would-be Buyer's SIM (from ATT) would not work (emergency calls only message).    I phoned Xfinity back - and they assured me it should now truly be unlocked.   Well, the same thing happened with a different interested Buyer (at a phone repair shop).  Notably, he was not at all surprised, saying he'd seen the problem with other Xfinity Customers.

I then went straight  to the Xfinity Store, and while waiting my turn to be served found online a good number of reports of this problem going on for quite some time.  Curiously, the store clerk acted shocked and unaware of the problem.  An internal communication was sent by him to an unlock escalation tier - and I was told to wait 48 hours for their emailed reply.    I was two days later sent an unlock code for the phone (why was I not sent one when it was paid off or when I called previously?)

BUT - that [Edited: "Language"] code didn't work when I went back to the Buyer at the mobile repair/resell shop.    Nor did it work with two other potential Buyers who subsequently  came by to check out the phone in response to local sale listings.   On Friday, 30 September, I paid yet another visit to the Xfinity Store.   The person who eventually took my complaint said her manager would not be in until the next morning.  She’d explain the situation and someone would get back to me.   We exchanged email addresses.   Well, by the following Monday I’d not yet heard back, so I sent an inquiry.   The next day I get a useless reply that suggested her manager was not yet aware of the matter.   I wrote back again, rather more pointedly, asking for an immediate reply by the manager, and specifically noting that the delayed unlocking would justify my filing an FCC grievance, but got neither an email or phone call.  My patience was fully depleted at that point.   [Edited: "Inflammatory"]

In any case, on 4 October, I made a complaint to the Xfinity Executive Office (presumably here in Philadelphia where they are headquartered and where I happen to reside) - and an "escalation ticket" was created.   I hoped for a call back that day or early the next.  I did get a very brief email around 9PM acknowledging the escalation ticket, and promising I'd be phoned by that same person the next day.  Well, guess what?   He did not call me or write - not even after I sent a reply 24 hours later wondering what happened!

I again phoned their Executive Office yesterday, to check on my ticket.   The gentleman told me he didn't know why I was not phoned by the person who sent that email, and would further escalate the matter.

Now - once again - it's over 24 hours later, and I'm yet to get either a phone call or email from anyone.

I very much wish I’d gone with another Carrier when I paid my device off last month, instead of getting a new phone with Xfinity!

UPDATE - I learned today that my escalation ticket was closed out the same night I created the above post - with no real resolution provided, and several questions left entirely unanswered.     At the same time, nearly two weeks later - I'm yet to get the promised email or phone call back from the Manager of the local Xfinity Store, or his Clerk - despite her assurances on 30 September.

@BobbySevenSevenSeven - This is not the experience we want for anyone. I appreciate you taking time out of your day and want to ensure you’re able to get in touch with an awesome Xfinity Mobile expert to help get this resolved. Due to account security, our options with Xfinity Mobile accounts are very limited. We're unable to perform any device or account specific requests over this platform. Have you tried calling or texting 1 (888) 936-4968, or reached out to our secure online chat at xfinity.com/xfinityassistant/?channel=xMobile where an Xfinity Mobile expert is available 24/7?

I am currently going threw the exact same thing as im reading this i could have typed this myself other then the dates im still waiting for my phone to be unlocked i paid off my phone 950$ to goto Verizon because my account was [Edited: "Language"] and my phone was duplicated and so was my wife's its over a month and im still waiting i been to the store 9 times and have called over 15 half i been  hung up on and so has the manager at the store been hung up on im about to hire a lawyer, and im in the moddle of making a  Youtube video of this experance.

It seems that xfinity employees may have an internal memo not to unlock fully paid smartphones. Because they don't wanna lose customers. I also went trough the same experience. He told me it was unlocked but it was a lie. Is still locked and no pin unlock provided.

Welcome to our community forum, @skytor59! Due to account security, our options with Xfinity Mobile accounts are very limited. We're unable to perform any device or account specific requests over this platform. I want to ensure you’re able to get in touch with an awesome Xfinity Mobile expert to help get this resolved. Please call or text 1 (888) 936-4968, or reach out to our secure online chat at xfinity.com/xfinityassistant/?channel=xMobile where an Xfinity Mobile expert is available 24/7.