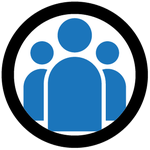 So about 3 weeks ago I ordered Xfinity Gigabit internet service.  I opted to use the free TG3482G gateway.

First week living with it was mostly positive in terms of perfomance:  speedtest of the ethernet port on the gateway shows I can achieve close to 1 Gbps download.  Wifi speed is typically 400 to 600 Mbps (I think the best I've seen is 700 Mbps) when my computer/tablet/smartphone is within 15 feet of the gateway.

The ordering and shipping process for the Pods went pretty smooth.  Installation (guided by the xFi app) went pretty smoothly as well.  However, after a few days of living with the Pods, I had to remove all of them.  Here is what happened:

- Speed test shows the performance did not improve in my office.  I did confirm (thru xFi app) that my laptop is connected to pod #3 while I was in my office.  I checked the speed with other devices I have (another computer, tablet, smartphone) - same result.  The speed was about what I was getting before (20 to 60 Mbps).

- However, further usage shows another issue: while the speedtest shows fairly consistent 100 Mbps, I start noticing that loading new URLs in my browser could either take a long time, or sometimes with 'hosts unknown' issue for certain sites.   In my experience, this is usally is an DNS issue (ie, cached DNS sites are OK, but uncached DNS sites are slow/unknown).   Now, I do use VPN usually on this laptop (work laptop securely connected to my work's network via vpn).  I am not sure if that is a factor.

- Anyway, after a day or so of this laggy behavior, I removed pod #2 (and pod #1 - since I noticed none of my devices ever connect to #1).   Interestingly, speed test from my office started showing 100 Mbps at times (recall I was seeing only 20 to 60) and DNS issue stopped occurring.

I'm putting the Pods back in the shipping box for now.

I'm having a similar issue. It seems to be how Xfinity handles a VPN when using the xFi pods.

I also use a VPN at home and have noticed the VPN disconnects (and subsequently struggles to reconnect) when moving between the gateway and the 1 pod I have connected. It seems to be an issue when going from the 5 GHz band to the 2.4 GHz band (and vice versa), so I figured using the pod would keep everything on the 5 GHz band. My reasoning here is that without the VPN connection it goes between the 2 frequency bands with no disruption, but with the VPN it hangs and eventually drops the connection outright.

I contacted Xfinity about a month ago (through the xFi app) with no response, but this seems to be an issue for many since we're all working from home now, and the VPN vendor says it doesn't appear to be an issue on their end.