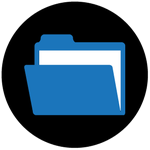 Phone line hacked $1000 in international calls made - kicker is the phone line was never used!!!

READ MY TEXT - no physical or mobile phone was ever associated/connected to the Xfinity phone line/number.   No call forwarding, voice messaging or other services ever set up. BECAUSE THE LINE WAS NOT IN USE!

The calls made were to sequential phone numbers in Great Britain and numerous calls were placed at the same time over a day.  As soon as one ended another was placed.

Additionally, call log showed lots of other calls being answered and missed since service was installed.  The account had two phone numbers added after talking to customer service as associated phone numbers - no idea whose phone numbers these were.

Placed numerous calls to Customer Service, billing, etc. for over two weeks.  Never was allowed to talk to a supervisor.  Had to explain the problem over ten times to customer service reps who passed me around and promised supervisor callbacks.  A supervisor never called me back.

Spent HOURS on the phone with Customer Service begging for a resolution.  Talked to three or four different people each time I called.

It it has been almost three weeks since I first reported the problem and I still have $964.88 on multiple international calls all made on same day at the same time on my XFinity bill.

So here I sit in my second hour on hold waiting for yet another transfer to another department....

Hello Phg1, thank you for reaching out and welcome to our Forums.  I would like to help review your call issue further, could you please send me  a private message with your full name to begin?

Hi Phg1, I haven't heard from you but please reach back out if you still need assistance and I will gladly help.