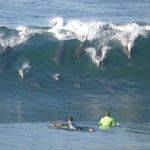 A few years ago I believe Comcast was hacked and millions of customers data was stolen including email addresses. Last year someone opened a Paypal account in my sister's Comcast.net email address. I wrote many emails to Paypal to notify them this was a fake account set up scammers but never received a reply and so didn't know if PayPal had closed that account or marked it suspicious or not. Then on Black friday last week 2  $500 orders of  tools were made on the account and because it was still my sister's email address she received the order confirmations from the tool companies as well as emails from Paypal congradulating her (really the scammers) that they were approved for Paypal credit so they could pay their scammed purchases over time (read that scammers get the tools and never pay Paypal back because it was a fradulent account). I notified the tool companies that this was a fraudulent account and they should cancel the orders, which they did. One of the tool companies told me that their security system had already picked up an unusually large number of orders from Paypal accounts with Comcast.net addresses.

So even though I had tried to contact Paypal without any reply last year I again tried to reach a human being. I didn't have the personal info for the fake account set up in my sister's name because she didn't set up the account and unless you have that information Paypal has set up a system where it is almost impossible to talk to a human being. But finally I got to the bank that you are supposed to report fraud to who said that they didn't care about that fraud account because it didn't effect them (huh?) but they did give me a phone number for a human being. When I spoke to the only human who actually works for Paypal (I truly believe Paypal is totally run by computers and virtual chat and phone systems whose sole job is to not allow you to speak to the only human in the company) but when I did speak with this human and explained what happened and that Paypal was giving credit to these scammers so they would be on the hook for these scammer purchases he said that since I don't have the information about who set up the account that he couldn't do anything about it.  Of course, I was shocked by this lack of concern. His not saying that they would research this account, or freeze it or at least verify the credit card used to set up the account was real and not scammed as well. I told him I was very disappointed. That I had a Paypal account for many years and was happy with the service but that I had spent many hours last year and this year trying to protect Paypal from being damaged by these scammers just to see that Paypal didn't care. I also stated that because of this attitude by Paypal that I wouldn't go out of my way to try to block any future purchases by these scammers on this account. If Paypal didn't care why should I care?

So I don't know how many other Comcast customers have had a similar experience but I though I should post it here.

Yes that Comcast.net email address is still her Comcast email address. She only uses it for emails from Comcast whuch is why it was a shock that Paypal started emailing to that address.  It was also how we got confirmation emails from the tool companies. I think that was the weakness in the scammers plan. I think they assumed people wouldn't pay attention to the emails from the various stores they were buying from and the goods would be delivered before anyone was the wiser and then the original comcast customer would start getting emails demanding payment etc. I don't think who ever hacked Comcast ever got the passwords.