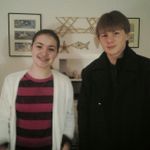 Hi, My system is saying "Activation failed : could not activate system. A retry is reccommended", it also cant find a cellular network. Touchscreen Technicolor TCA300COM. I've tried a wireless connection and a hardwired connection and it still says this. We don't want a tech out due to the current covid situation, just to keep us and them safe.  This issue occured when we were trying to replace a sensor that failed. The system froze, then rebooted and has been stuck on that screen ever since. no amount of power cycling, discharging the system, putting it in a faraday cage like situation seems to help. The agents on the chat thing, were left confused. We could not get in contact with anyone from xfinity on the phone.

We also keep getting emails, letters and phone calls from xfinity stating the obvious which is that it is offline.

Any ideas Andrew? We're contemplating cancelling xfinity overall due to the overall issues in our area with them. As a service, don't get me wrong, Xfinity is great. But when it comes to support and other things, such as quality as service, its not so great. It doesnt really help that support is outsourced to people who don't know english, or aren't properly trained.


The tech that installed this touchscreen for us was exceedingly nice, and went above and beyond and fixed other service issues for us. If we could get that same tech again/assigned to us or whatever that would be great, as he is such a nice guy and always seems to do a great job.

I’ll escalate it up. Did you take out the battery when you reset it?

Hi there! Sorry to hear about the trouble you're experiencing with your security system. I can see what I can do to help! The steps will be as follows. We can schedule a time where I will have you unplug the touchscreen and remove the battery. I will then send what is called a provisioning signal over to the modem. We will wait until the modem comes back up/online and verify that your internet connection has been restored. Once internet is back online, I will have you place the battery pack in the touchscreen and see if it comes back up. If this doesn't help - we will for sure need to schedule a technician out. This is recommended so that we can make sure the modem and touchscreen are paired to one another again, and able to communicate with the other equipment in the event of an emergency.

Please send me a PM with your first and last name and we can go from there.

To send a private message, please click my name "ComcastMorgan" then select "Send a Message" on the right side.

Hi, yes i did. Xfinity Home the enitre time we've had it has been nothing but problems constantly. While this is a great idea for a system.. its more problematic than anything. Sensors failing left and right, equipment failing as well.

I'm sorry, I don't think you understand. COMCAST/XFINITY is the responsible party for the issues. No amount of resetting has helped. I have completely discharged the system, and have left it disconnected mainly because it's not worth the effort.