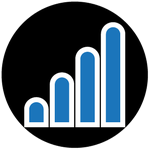 This is just heads up post to all xfinity customers (like myself) to share my experience with Xfinity and why you may want to consider parting ways with this ISP.

Good afternoon, I would like to open up and express how deeply disappointed I am with this ISP. Unfortunately this is the only way I can seem to get a hold of anyone and that is truly unprofessional and unacceptable.

I would like to share my experience over the last two months with Comcast’s “technical support” team.
I had recently upgraded my internet speeds to the “pro” 600 MB’s speeds about two months ago during a promotion. Prior to that I had speeds at about 300 MB’s and never encountered any issues. Immediately after upgrading, I noticed my speeds dropped dramatically displaying speeds at about 60-70 MB’s the lowest I had ever experienced with Comcast. After weeks of going back and forth with Comcast’s support or rather, their subcontracted call centers in India, I finally was able to schedule an onsite service call to troubleshoot my home internet. The onsite service call apparently was related to some sort of “downed line” outside at my house and did not require me to be present. After the onsite, I was told the issue had been “resolved” but of course after checking my speeds again I still had the same issue. I called back Comcast support and asked what did the technician resolve during his onsite or what were the technicians notes at least and I was told the only notes left on the ticket was a vague “the problem had been resolved“ notes indicating NOTHING. I expressed that I still had issues with my internet and I was given the run around for hours that I had to contact the technician that did the “repair” only to find out I can’t contact that technician because there was no phone number or even a dispatched location. Lastly, I was told that my internet speeds had to do with my modem because it was not an xfinity modem mind you my own personal modem had no issues prior to the upgrade and isn’t even a year old. Now I’m left in the dark and honestly I’m just going to disconnect my service and go with U-Verse because Comcast clearly doesn’t care about their customers and does not want to take accountability for their actions.