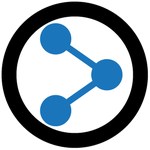 No service for twelve days and counting.

Area code 60466.  My internet has been out since last Monday (there was a storm).  The automated service originally said it would be back up last Friday, then changed it to Sunday, then pretended it was working even though it wasn't, so I talked to a rep that tried to help but was unsuccessful, then the automated service said there was maintenance in the area and it would be back up after midnight.  I got the same message the next day, then it pretended it was working again, so I talked to somebody else who admitted it was just down in my area and would hopefully be back up in a few days.  Yesterday I got the maintenance message and it would be back up after midnight message again, and it's still not working.

Anybody else in the area dealing with this, and have you heard anything that isn't prerecorded nonsense?