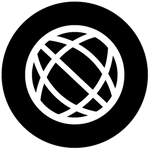 Just got notified this month that beginning now I am being charged $6.20 extra added to my regional sports network charges for this worthless channel which primarily carries Chicago Cubs games.  Please reverse this decision and remove this channel.  When I last talked to a comcast rep in the spring they indicated that this channel if added would be free (which is the only way I would want to accept this channel and was free until now).   I see today that Hulu has now dropped this worthless channel rather than charge more to customers to keep it.   Good move Hulu!  Comcast, please make this channel a premium channel so that only those people who want it will get it and pay for it.   As for the rest of us, it is not worth it compared to the many better regional sports channels that are out there and we were getting already.  The Cubs became a very greedy organization once they won the series in 2016 and moved out of already existing channels.  I for one cannot condone their greediness, I do not want to watch or pay for 2016 highlights and other dead programing until the next baseball season actually starts.

The fact that they would add an entire network along with $6.20 in monthly fees to all xfinity customers without even asking is just crazy. A big reason why people continue to drop Comcast. I was able to call and have the channel removed and my bill lowered by the $6.20 ($75 a year), but it was not without pushback. I explained that I have a two year fixed contract and that this channel was added without my consent and is for content I not only do not want I strongly despise (I'm a Sox Fan). This is crazy Comcast. Either drop this stupid network or allow people to opt into it or more people are going to cut the cord. I wish you good luck and god speed in cancelling and getting your refund.

We appreciate you both for sharing your concerns and feedback regarding the Marquee Sports Network. I'm sorry for any inconvenience that this may have caused. I wanted to offer a better explanation as to why you see this charge.

Our digital channel lineups include various programming that appeals broadly to our customers' interests, including general entertainment, news, and sports programming. Under the current distribution model, we offer these very popular regional sports networks on our most widely distributed service levels. Accordingly, all customers receiving the bundle of channels that includes regional sports networks pay the associated Regional Sports Network fee. These costs include the fees that regional sports networks charge us to carry them on our cable systems, fees that are among the fastest-growing components of our programming costs. The Regional Sports Network Fee is not a government-imposed or mandated fee and will increase from time to time. Feel free to reach out if there are any other questions we can help with.

Tv should now be suited to the individual not to the broader base or audiancr at large.

@user_0fffb0 That's what streaming services are for.  FWIW, however, if you were able to choose networks à la carte you would end up paying far more than what you are with a package.  And, also, cost for streaming services is going up.