For the last 6 months I have been having problems with Comcast and my speeds, but problems have been happening for a couple of years on and off.
I will usually notice that in a Discord chat my friends say that my voice is sounding robotic, and when I run a speedtest it's always the upstream that's problematic.
This almost always happens around 4-9pm.
I am in a single family home, not an apartment or condo complex.
My PC has a direct Cat6 connection - no Wifi use.

I have gone through all the troubleshooting steps with their phone support, many times they say they can't 'see' my modem.

I hade one tech who came to the house in 2019 who said that he suspected old/failing cabling under the ground at the back of our house that likely needed replacement, and he would call in a 'work order' to have this done. It never happened, and after 6 months Comcast denied ever getting a 'work order' or that any tech had said that.
I did have this tech's cell number (really nice guy) but that has since been cut off.

This happened yesterday, and I have a tech coming to the house today in about 4 hours, but got an automated message from Comcast saying I might want to consider cancelling that service call as they 'identified issues in my neighborhood that have been resolve' - their site reports no outages in my area yesterday.

A call directly with Arris tech support have assured me that the upstream levels are the problem, they are below their 45dB MINIMUM (range is 45-61dB), but I have had Comcast basically say Arris don't know what they are talking about in the the past.

I don't expect much to be improved, but at the same point I don't expect the tech to do anything either, other than stomp around for a bit and then say nothing is wrong (again).
I'm at a loss as to what to do? 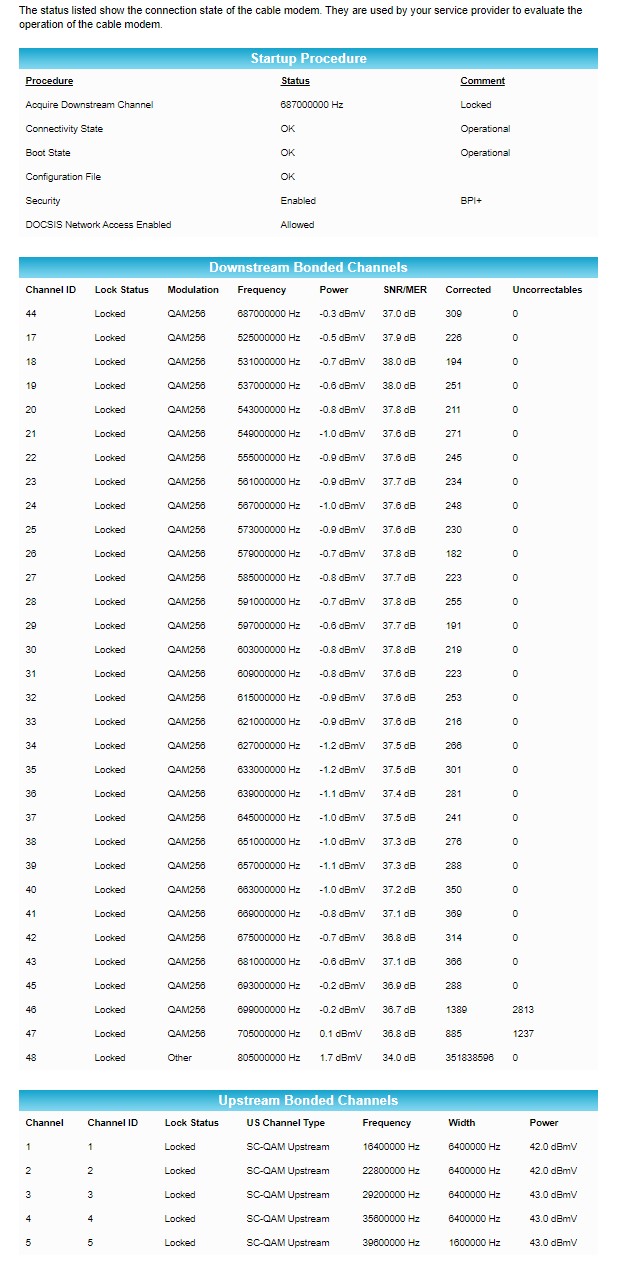 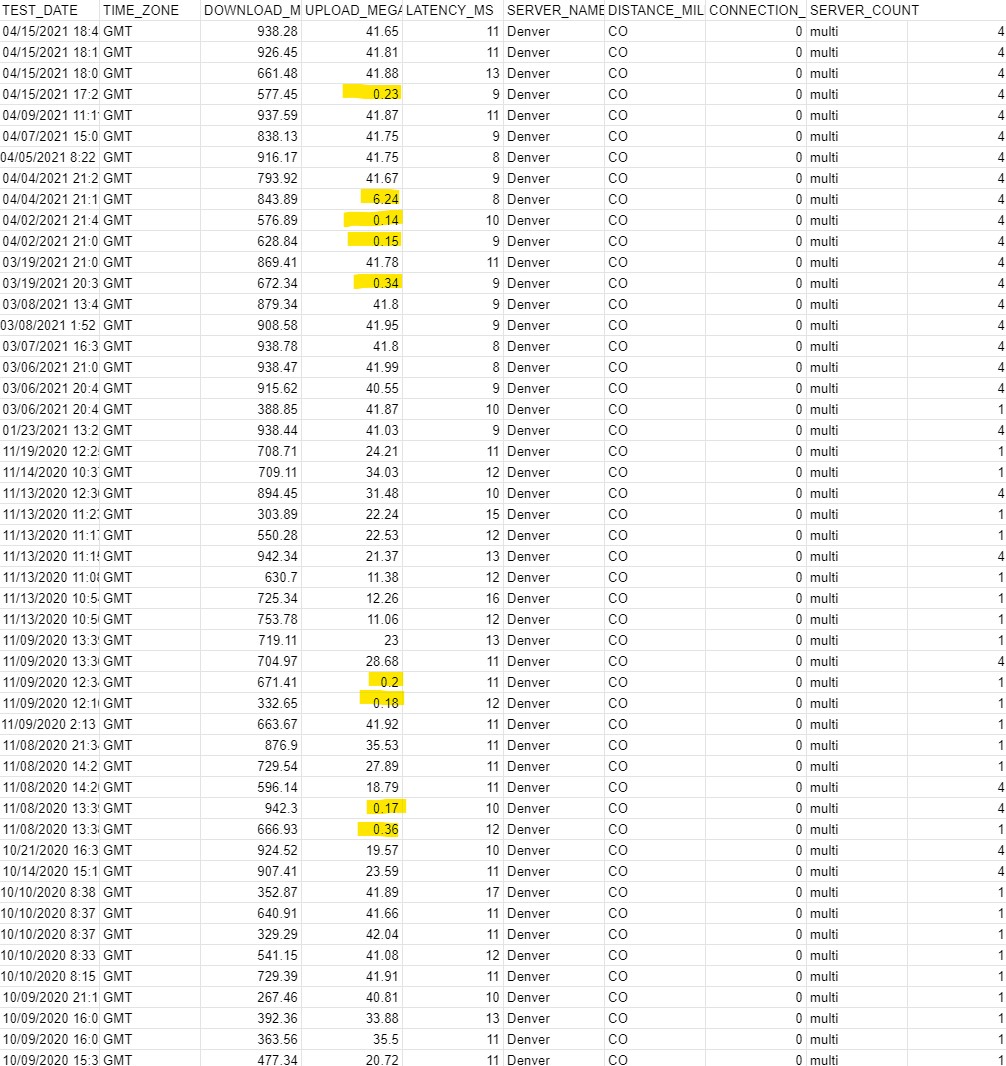 Hello, @Globespy. Thank you for your post and including the associated logs. I'm sorry to hear this has been a recurring problem for the last six months, and we can definitely help review this further. I also saw some timeouts listed along with the low upload speeds. We will check it all out and do everything we can to help. How did the tech visit go? Did you see any improvement on your end? Please let me know if you need additional assistance. We are here to help.

Arris is incorrect! They have been passing the buck and have been conning people with that statement lately !!  They are probably trying to cover up for their liabilities about the lawsuits against them because of their use of the horrible Puma 6 chipsets... Only the Comcast plant / engineering specs matter;

Something else is going on.