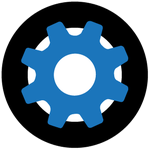 Trying to catch up on a few Starz original series now that Comcast is taking Starz away from us on December 31st.  One of the series being Black Sails.  Some of the episodes are "Buy" only, while some of the episodes are free.  I thought that all of the original content for Starz is free to those of us who subscribe.  So what's up about this?  Why would one episode, same season, have to be purchased and then the next episode of the same season is free.  Makes no sense whatsover.  Is this just sloppy management of programing content on the part of Stars, Comcast, or both?  I think it's sloppy mangagement and Comcast needs to take the responsibility to see that it gets fixed ASAP.

Comcast no longer has right's to Starz programing.

Your answer is not helpful at all.  Sounds just like a Comcast employee answer.  Comcast should at least care enough to direct customers to a Starz problem-solver that can help.  This is just another example of why Comcast is probably the most hated company in America today.  Comcast may just provide the data that Starz provides them, but Comcast needs to take partial ownership of the problem in order to get this resolved since it is a product that Comcast is selling to and charging their poorly treated consumers - and at higher prices than found elsewhere for the same product no less to those that have the equipment to do so.

SM95350: Let me see if I can be helpful. I thought I had submitted a constructive reply earlier about some history of similar problems, but it is mysteriously gone now. Maybe I messed up in submitting it. Anyway...

Here is an old post for a different premium channel series missing some episodes, HBO’s True Blood. The particulars are directly relevant to your problem with Black Sails Season Two:
https://forums.xfinity.com/t5/On-Demand/Several-True-Blood-On-Demand-episodes-missing-from-each/m-p/3148186#M46472" target="_blank">https://forums.xfinity.com/t5/On-Demand/Several-True-Blood-On-Demand-episodes-missing-from-each/m-p/3148186#M46472>

Although it is not obvious from reading through that thread whether it got resolved, I believe it did, since when I scan legacy On Demand now, I see all episodes marked “free with subscription”. (And, complaints in that thread ceased.)

In that older thread, the Comcast rep was partially helpful in explaining that certain episodes had expired. What wasn’t fully explained was:
- a) why the premium channel provider ever had expirations (it makes sense for non-premium network shows of course)
- b) given what seems to be anomalous from the premium provider, why Comcast isn’t more proactive with them to avoid such expiration problems and to renew whatever needs renewing before such expirations occur?

I had similar complaints and threads covering missing episodes for Starz’ Camelot and Counterpart (while Starz held rights to that series, they no longer do) and happily, Comcast did get them restored (but only after a few weeks of waiting, while Comcast did whatever coordinations with the premium channel provider.)

If it were not for Starz going away after Dec 31, pending negotiations, I’d think there would stand a chance of resolution for Black Sails season 2. If negotiations succeed and you still have Starz in 2020, that’s when you need to somehow get the attention of an able Comcast rep. Easy to say, harder to do given that the reps almost never respond in this forum anymore. Phone call is maybe your best option in 2020 if negotiations succeed between the parties. Good luck!

Here is a link that may help you find upcoming (month or two) changes to programming channels. It would likely effect ON DEMAND too. It showed up on my Comcast statement received 12/13/19.

Now (as of the Dec 23 agreement) that STARZ has a longer-range future on Comcast (even if as a pay-extra “a la carte” offering), isn’t it appropriate for the On Demand Team to resolve the currently odd situation with Black Sails?

The stock answer is that the provider controls this...but since Comcast is the middleman we pay, shouldn’t Comcast perform some due diligence? Surely Comcast would agree that such hit-and-miss presence of episodes is nobody’s true intent?

Or...is it actually STARZ’ intent to expire all of Black Sails in due course for viewing via Comcast On Demand, same as their early and wonderful series “Boss”?

Would be great if Comcast reps could learn more and report.

I would also like to watch Black Sails on Starz. If xfinity is going to carry the network and charge for it xfinity should negotiate free in demand access for all episodes of Starz series.