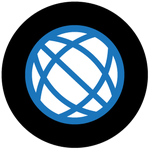 Satellite and MLB.TV have come out with their purchase price.  What say you Xfinity?  It can't be that hard.

You'll have to wait until 3/31/22.  Again posters know before message board staff.  Good grief.

Hey there! Thank You for taking the time to reach out to Xfinity Support, here on the Community Forum. As of right now, our MLB Extra Innings site indicates "Check back for updates on MLB Extra Innings® pricing and packaging information."

Feel free to check back, here -

@XfinityTravis​ We can read what's on your site. We would rather purchase with xfinity than just go to mlb.tv and buy access to the app. So is it possible to know if it's going to be available with xfinity???

I agree that this is ridiculous that xfinity doesn’t have a price and ability to get mlb extra innings yet. This is not allowing us to view spring training games that are going on. It should be a reduced price already because of this. Can’t anyone reading this go to the person in charge instead of just reading what the site says to check back?

I received a letter several weeks ago from Xfinity dated March 1st to let me know that my subscription to Extra Innings will be automatically renewed for the 2022 season. Depending on the payment plan that I had the previous season there will be either a one-time charge of $139.99 or installments of $35.00 spread across four months. The letter also stated that if the season is delayed that billing will not start until the season starts. The season will be delayed one week but they will play a full 162 game season.

Extra Innings is only for the regular season and does not include spring training games.

@seattle4sports​ extra innings includes mlb.tv which does include spring training games and the price for mlb.tv is on sale for $129.99. There isn’t any reason why it can’t be bought now, so why is xfinity delaying.

Just adding my voice to the chorus.  I'm willing to pay.  I would like to be able to view spring training games.  Let's go Xfinity.

Yes agree get it out sooner.

Xfinity gonna be too late this year. By the time this gets escalated it ms by october, but can someone ask for sooner availability?  For lots of folks 3/31 is too late.   I'm trying to make the transition to the more expensive extra innings from the considerably cheaper mbb. TV only package.  This delay is making it tough

Is what I'm seeing commonplace on MLB Extra Innings because I can't watch these games as the games are constantly interrupted by blank screens at inopportune times! I haven't watched a game for more than an inning because of it! There's no way I would buy this crummy service! Not a good way to try and entice people to get MLB extra innings!👎👎👎

Old post being closed.   There are new posts on the subject.